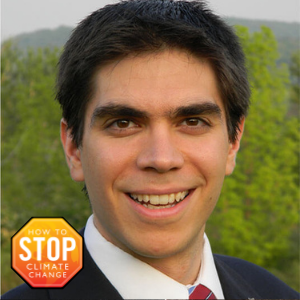 Dominic Frongillo is the co-founder and executive director of Elected Officials to Protect America or EOPA. EOPA is nonpartisan, which is very unusual for a political network. It’s members are state and local elected officials from all over the U.S. who are committed to fighting the climate crisis and protecting America’s communities, public health and environment. When we think of politicians we often think that they are working for their big corporate donors, who are often fossil fuel companies. But members of EOPA are committed to protecting Americans from those destructive industries and preserving our climate and water resources.

EOPA was born out of an earlier organization that Dominic co-founded. Elected Officials to Protect New York, that united nearly 1,000 local elected officials to fight high-volume hydro-fracking. They actually won that fight and got fracking banned in New York.

But Dominic’s story doesn’t start there. His political career started when a mentor and friend on the town council in his small hometown of Caroline, New York asked him to run for council at the age of 21.