Dr. Betsy Beymer-Farris is the Director of the Environmental and Sustainability Studies Program at the University of Kentucky. She’s been conducting research on the coast of Tanzania for over 20 years. She’s done studies on climate policy, seaweed farming, coastal conservation, aquaculture, gender and human rights. But when she first arrived she probably had no idea how big a part of her life Tanzania would become.

“I first went to Tanzania when I was 20 years old and I had never been anywhere. So, I had been to Myrtle Beach basically. And I got on a plane and went to Tanzania and did a study abroad and it changed my life because I saw the world for the first time.” I was on the plane and I was so excited that I actually thought when we landed in Dar es Salaam, which is on the coast and nowhere near a national park, I thought I saw a giraffe because I was so excited. It was actually a pole.” 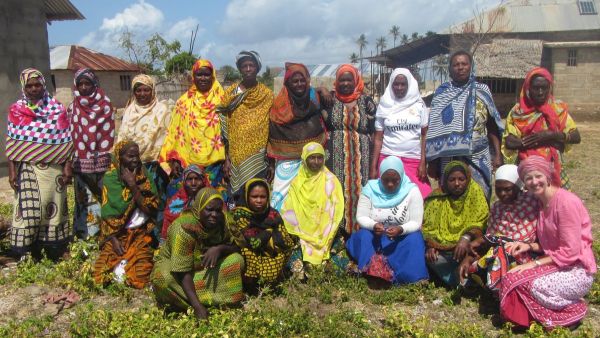 In addition to all of that research she has spent time learning the language and building friendships with the people that live there. They have shared with her the knowledge that they have gained over generations of working with nature every day to survive. She is not just researching their environment and way of life. She’s working to protect it.

Much of Betsy’s research concerns the local population in and around the Mafia Island Marine Park on the coast of Tanzania. When the marine park was established all fishing was banned to preserve the incredible biodiversity that makes it one of the premier dive spots in the world. In fact the diving is so amazing that the park is home to the most expensive hotel in the world, just $10,000 per night. Obviously the marine ecosystem is more valuable as an ecotourism spot than a mere source of food. That seems like a good story for the environment.

Unfortunately things are never that simple. Often we protect nature by fencing it off and kicking out the people that have lived there for thousands of years. When we do that we lose the wisdom and management practices that the local people have developed over generations of living within the natural system. In this episode Betsy shares some of the unintended consequences of creating policies to protect habitats without talking to the people that have been living there for generations.

Learn more about Betsy Beymer-Farris and her research in Tanzania.

Music for this episode was provided by: